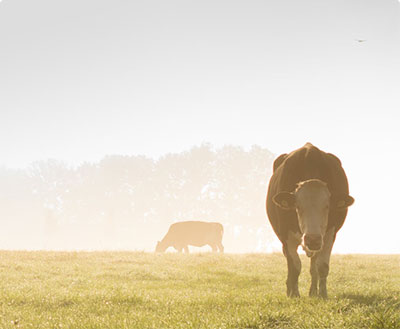 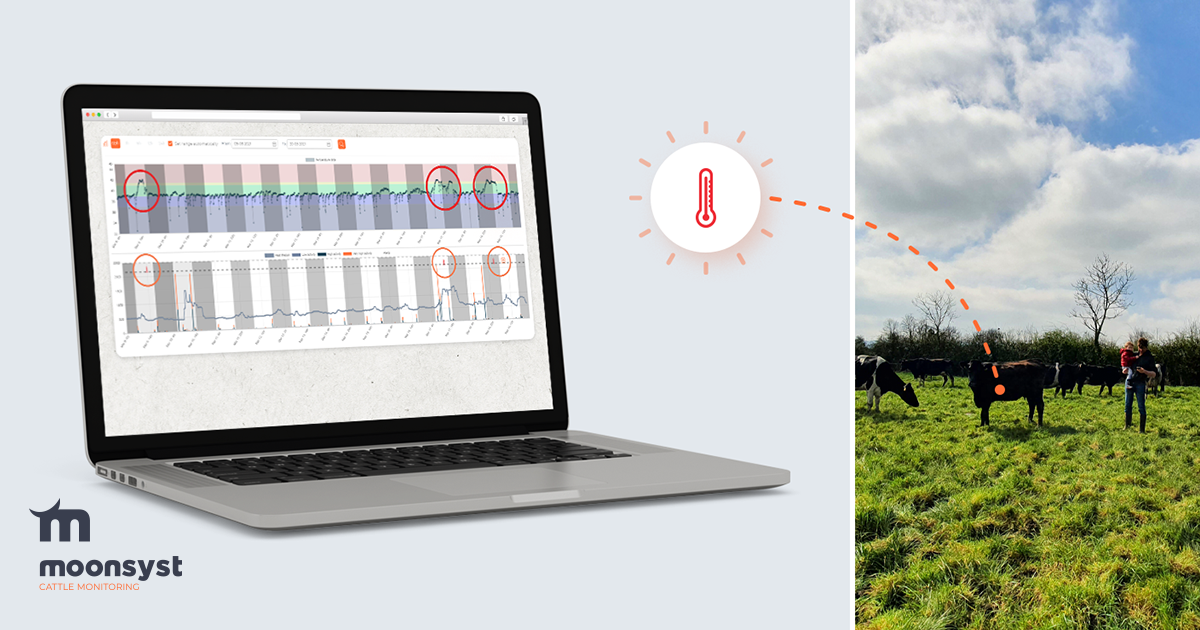 James intends to use the system for heat detection, with inseminations planned to start in early May. To date all heats have been identified by the Moonsyst. A number of High Rumen Temperatures were also alerted. The first of these was noticed in early March and mastitis was identified and successfully treated. Later in March, another High Rumen Temperature was alerted on a different cow. No visual signs of Mastitis, however due to a second alert within 24hrs, James decided to conduct a California Mastitis Test (CMT) and Mastitis was identified in one quarter.

The continuous health monitoring helped James to identify diseases that he would have otherwise not have been aware of until a later time.Shown in the picture is James Leahy with son Jack, (almost 3 years old!). James has been getting full coverage with the Gateway to date, with cows being in excess of 800meters from the Gateway. If coverage goes low for whatever reason, this is not a problem, as the boluses store all data and upload to Gateway once the connection is established again e.g. when cows return for milking.

Moonsyst were awarded ‘Best Newcomer’ in the Enterprise Ireland sponsored Innovation Arena and offered a place in this year’s National/World Ploughing Championship in Ireland.

Desmond Savage, Director and COO of Moonsyst International Ltd. was asked to present to the Joint Houses of the Irish Parliament in March 2022, on the topic of Metrics Matter at Farm level.